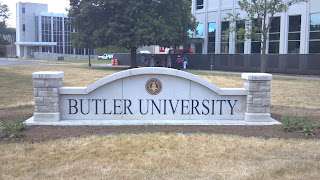 Butler University is located six miles from downtown Indianapolis, Indiana in the Broad Ripple Village neighborhood. The school was established in 1855 and eventually named in recognition of its founder Ovid Butler. It was the first college in Indiana and the third in the nation to admit men and women. It was named in the 2013 edition of U.S. News & World Report as the second best college in the Midwest Region.

1. College of Pharmacy and the Butler Promise

The most competitive school at Butler is their School of Pharmacy. When completed, this six year program allows a student to earn both a Bachelor’s of Arts Degree and Doctorate of Pharmacy. During the first two years, students enroll in a pre-pharmacy curriculum. Students meeting a specific criteria will be directly entered into the four year doctoral curriculum. This guaranteed admission is known as the Butler Promise. Students are still required to take the Pharmacy College Admission Test (PCAT). The School of Pharmacy is ranked first for private colleges with a average passing rate of 99.26% on the North American Pharmacy Licensing Exam (NAPLEX). Butler ranks seventh overall in the nation and the program has achieved a perfect passing rate six times.

Physician Assistant (P.A.) programs in colleges are becoming increasingly popular as this field is rapidly expanding. What is a P.A.? A P.A. is a person who has gone through a course of study and can practice medicine, but only under the supervision of a licensed physician. As of a 2010 U.S. News & World Report ranking, the Masters in Physician Assistant (MPAS) program at Butler, created in 1995 was ranked 56th in the country.
Similar to the College of Pharmacy requirements, a P.A. student must first complete a two year pre-professional curriculum. If they satisfy the requirements, they continue with another three years of P.A. coursework. These students graduate with a dual bachelor and masters degree in Physician Assistant Studies. Qualified students can earn a auto-advance in their pre-P.A. courses. These students automatically advance to the professional studies phase of the program a semester early if certain requirements are satisfied.
As with the School of Pharmacy, the Indianapolis metropolitan area and abundance of healthcare institutions allow for many opportunities and a variety of internships.

3. Jordan College of the Arts

Butler University’s challenging curriculum blends their pre-professional programs with liberal arts coursework. The Jordan College of the Arts is a nationally recognized liberal arts curriculum taught in a conservatory-style program. This specialized area of study means that that half to three fourths of the credits students earn are in their specific arts major. The is difference from a liberal arts education where a student earns fine art credits while taking a courses in other concentrations.

Butler collaborates with Indianapolis area programs and companies to promote their students and expose them to professional programs. One way the JCA acts upon this is with the Metro Indy Event Credit program. In this program, students are required to attend local shows in their arts discipline. This experience helps to broaden a student’s educational experience while showcasing the talent in the Indianapolis Metro Area.

To apply to the JCA, a student must apply via the Common Application by November 1st. In addition to their Butler application, each student is required to audition or interview in order to be considered for admission. Each program inside the Jordan College of Fine Arts has different requirements.
4. The ‘Flutie Effect’ 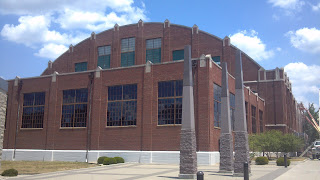 This midsized university (approximately 4600 students) has been in the national spotlight recently as their men’s basketball team has risen to NCAA Division I prominence. In consecutive years (2010 and 2011) the team finished as the national runner up. It has not been a coincidence that the success of the basketball program has helped expose Butler to many high school students outside the Midwest. This is known as the Flutie Effect.
The Flutie Effect is named after Doug Flutie, who in 1984 threw a Hail Mary touchdown pass that allowed Boston College to defeat defending national champion University of Miami. This brought national recognition to the Boston school and gave rise to a large increase of admission applications the following year. The same has occurred in Indianapolis as, according to ESPN, Butler has seen a 41% rise in out of state applications. Their 2012 freshmen class is their largest in school history with 1111 students.
Thomas Jaworski is the lead consultant of Quest College Consulting. He is an Independent College Counselor with over ten years experience in the college admission process as an Certified Illinois Teacher (Type 09) and Counselor (Type 73) while also a member of IECA and NACAC. For more information, you can visit his website at QuestCollegeConsulting.com or email him at tjaworski@QuestCollegeConsulting.com. Follow him on Twitter @Tom_QuestCC or on Facebook at Facebook.com/QuestCollegeConsulting