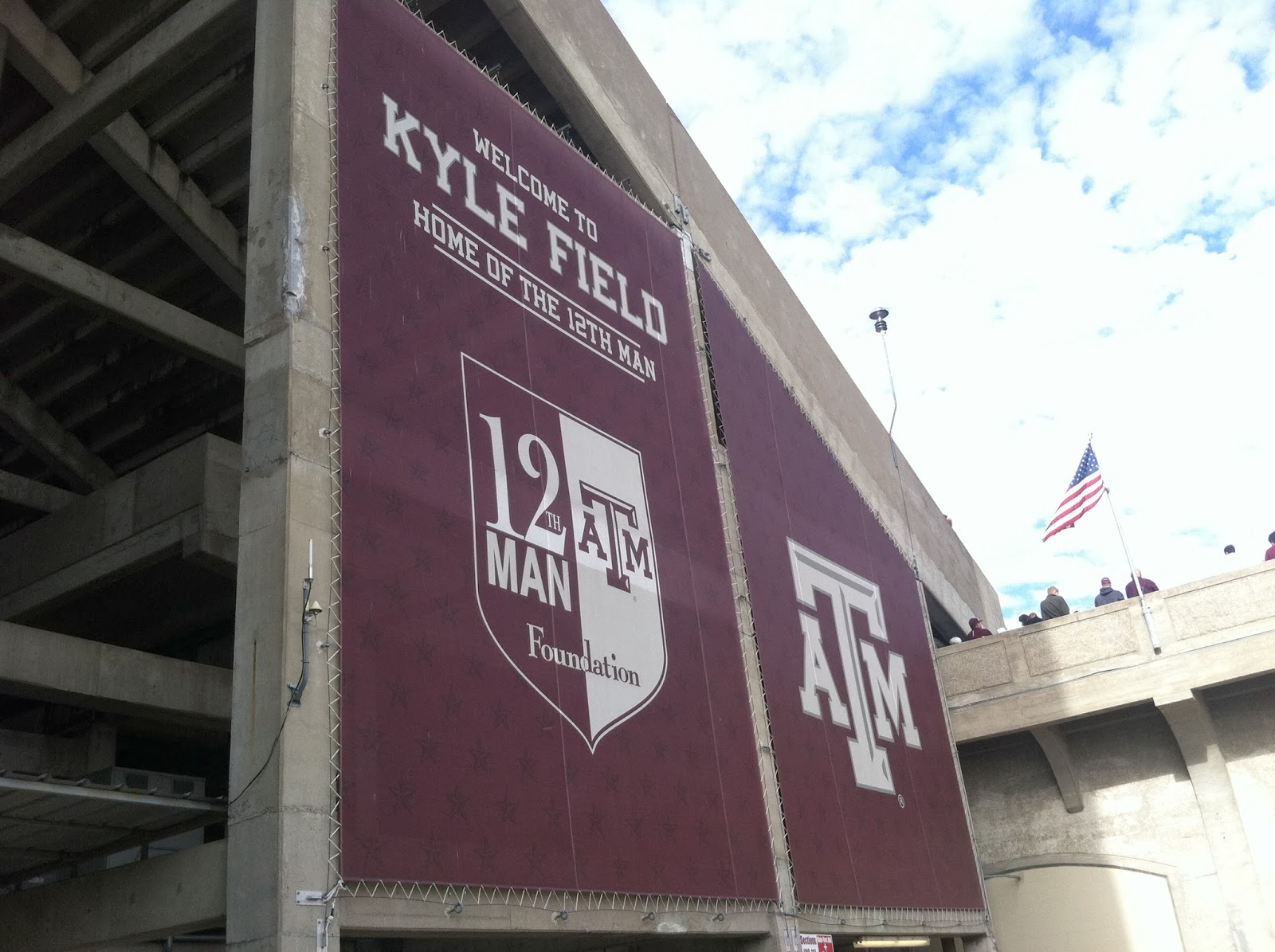 Howdy! That is the official greeting of the 6th largest student body in the nation, Texas A&M University (TAMU). Founded in 1871 as the first public institution of higher education in Texas, TAMU is located in College Station, Texas, ninety miles northwest of Houston, Texas.

Stepping on the campus of A&M, one will not miss the Corp of Cadets. More than 2,300 students belong to the ROTC program, making it one of nations’ largest uniformed student body. Texas A&M commissions more officers than any other institution other than the nation’s service academies. The Corp of Cadets reside in special dormitories in the Quadrangle and the Memorial Student Center (MSC), which recently finished a 4 year renovation, is a memorial to all Aggies who have served. The highest ranking member of the Corp of Cadets is Reveille (currently VIII). She is a purebred collie and the official mascot of TAMU. She has a Corp member assigned to her at all times and has the power to dismiss class if she barks, because if you cannot keep Reveille interested, you cannot keep the students engaged.

Tradition was the first word I was told by an Aggie alum in reference to TAMU. That tradition goes along with another Texas passion, football. On fall Saturday’s, Kyle Field will draw between 30-40,000 students, or almost half of its capacity. The 12th Man, as they are officially known, stand the entire game, while waving their official white towels, to support their fellow Aggies. Besides the football games, the tradition of the Aggie Ring, earned by students after 90 hours of credit, is recognizable to graduates of TAMU since 1894. Other traditions on campus include placing a penny at the foot of the statue of former president Lawrence Sullivan Ross (or as his namesake in Monsters, Inc. is called, Sully), for help during exam week. Near the statue of ‘Sully,’ one will find an odd shaped Century Tree, the oldest tree on campus, where many traditions of good luck and marriage proposals occur.

On my visit to campus, friendliness in the form of ‘Howdy’ was evident as I am greeted on the phone, by the student admissions office receptionist and by nearly every passing student whose eyes I catch. Not only do you hear ‘Howdy,’ but if an upperclassman hears something they enjoy, they ‘Whoop!’ If you are a underclassman, do not worry, each class has their own specific ‘yell,’ which is practiced at the Midnight Yell Practice and performed at football games. This Aggie Spirit is important to the culture of TAMU as 92% of freshmen return to TAMU for their sophomore year, an impressive statistic at such a large university. Lastly students who graduate from Texas A&M, 80.4%, are linked to the university forever. An Aggie never says goodbye, but while giving a’ thumbs up,’ exclaims “Gig ‘Em!”